How To Play Guide for The Wild Eight

From The Wild Eight Wiki
Jump to: navigation, search 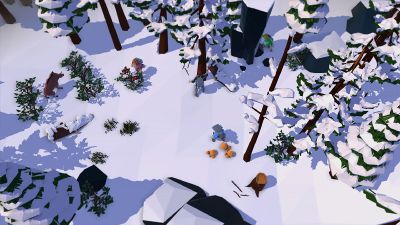 This guide will teach you how to play The Wild Eight.

The Wild Eight is a game about survival, and as such, you need to know how to survive the first 24 hours in Alaska.

Get a Fire[edit | edit source]

The very first thing you need to do is build a Campfire. The campfire will not only provide warmth, it will also let you cook Northern Mushrooms in your immediate vicinity, turning them into Fried Mushrooms that won't have the same health impacts as raw Northern Mushrooms while healing considerably more. The warmth aspect is key too, though, as cold kills you far faster than hunger ever will.

Go to the Woods[edit | edit source]

Find a nearby wooded area. In this area, there are a high concentration of rabbits, which you can use a Rabbit Trap on for a great source of early meat. This meat will help you stave off hunger in the initial stages of the game, the second most damning threat outside of the cold.

The Torch is one of the most effective early game items, and needs to be built as soon as possible by constructing a Stick and dragging it onto the fire. Doing this will allow you to craft an item that not only lights up the immediate area, but wards off wolves, which are a chief impediment to moving forward. Once the Torch runs out, it reverts back to a Stick, which is a great early weapon.